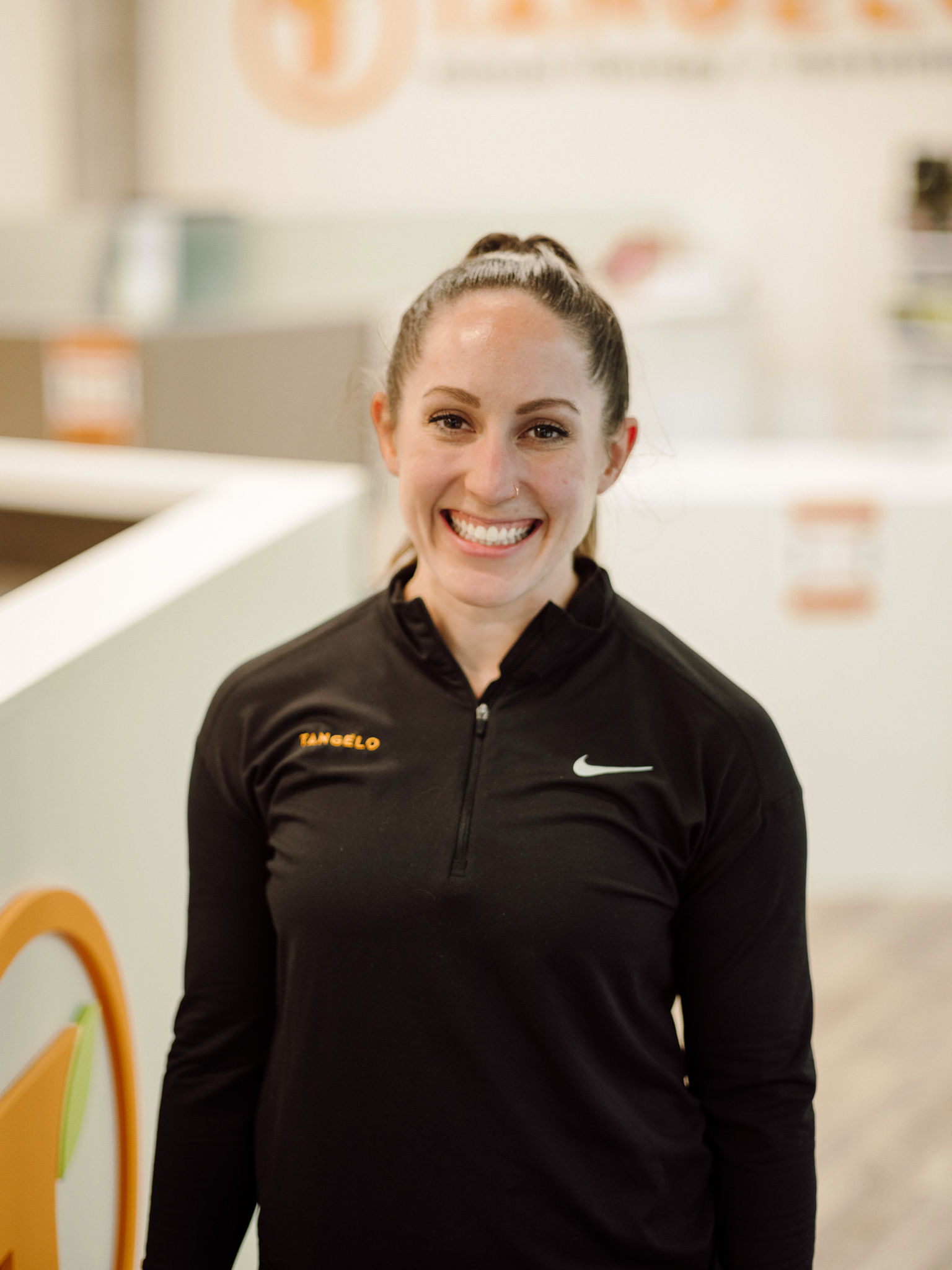 Growing up in Seattle Geneva always had a passion for exercise and movement, dance and gymnastics being her favorites. When she dealt with a back injury in high school she became interested in the rehabilitative exercise world. This led her to get a BS in Kinesiology at Western Washington University (with a minor in Mathematics because why not?).

Shortly after graduation she found herself at Tangelo (then Kinetic Sports Rehab) in 2012. During her career here she also became a Certified Pilates instructor through Vitality Pilates and began teaching in 2013. Geneva also became a CrossFit level 1 Certificate holder, TRX Group Instructor, Corrective Exercise Specialist (NASM CES) and Certified Strength and Conditioning Specialist (NSCA CSCS) within her first few years at the job.

She then had a growing interest in kettlebells and became involved with Strongfirst and earned her kettlebell level I and II, and bodyweight certifications. She appreciates the level of detail and challenge of HardStyle Kettlebells and utilizes these skills with patients.

Geneva also has a love for the outdoors and mountaineering. She’s been able to achieve 5 summits in the last 5 years and hopes to get above 10,000 feet at least once a year.